Winning the War on Poverty May Not Mean What You Think.…

In the midst of our affluent Western homes, societies, and lifestyles, we all think we have a pretty clear understanding of what poverty is and isn’t. And unless any of us have been living under a rock for a few decades, we’ve all heard the phrase, sometimes in battle cry terms, ‘waging the war on poverty.’

But what if our definition of poverty is wrong? The goal at 410 Bridge is to shake up our view of poverty and how we fight it by taking a very unique approach to community development in the dome of the poorest communities in the world.

Here in the US, we have a picture in our heads of what it means for someone to be living in poverty and what it means to succeed in overcoming it. That picture almost always looks like some modified version of the towns or neighborhoods we live in with the trappings of middles class “success” and some version of everyone aspiring to have two cars, a local Starbucks, HDTVs, and some disposable income. 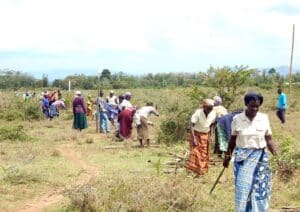 We then transpose our view onto others, and specifically onto global communities living in extreme poverty in ways we do not comprehend, and then assume that if we can only help them by giving them aid (often material things), teaching them how to pursue success (usually defined as what works in the US or other Western countries), that this will somehow help them succeed in rising up out of the physical poverty they are mired in, and we get to declare a victory.

However, that model simply creates a further dependency on aid or handouts, which actually hurts as opposed to helping those communities and completely misses what is really needed to help those communities truly graduate out of poverty. 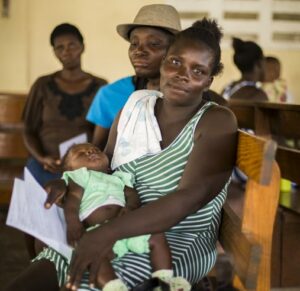 Working together with western churches, organizations, and donors, the 410 Bridge act as a catalyst for funding, resources, and project management, partnering with local community leaders on initiatives across five core areas foundational to community progress and development: water, education, economic development, health and wellness, and spiritual development.

The 410 Bridge approach does “with” not “for.” Imagine if a western organization goes to a remote village in Africa for a week and builds a well. That’s great; they get access to clean water! But then imagine that well, like all mechanical things, breaks. Who owns the well? In the minds of the village, the westerners own it. So, it doesn’t get fixed until the next short-term missions trip swoops in. And life in that community remains exactly as it was before that well was built. That’s not how lasting change is made. But that is how further dependency is created.

So what is different about the 410 Bridge approach that is missing elsewhere? Two BIG things.

You get the idea. There are no handouts here! Not even a water bottle. Why? Because for a community to actually lift themselves out of poverty and have lasting results, they must be prepared and equipped to do it themselves. That is a hard message. And it is not what we are used to hearing in our Western view of success in helping alleviate poverty.

This process creates and is built on a fundamental shift in world view – a shift in mindset and perspective – within those communities about what success, progress, growth, achievement, dignity, and rising up out of poverty actually means for them and to them. Not our definition. Theirs. It is a holistic, end-to-end approach to community development. Community leaders fully own and define their own path to success and take on the accountability for that success. 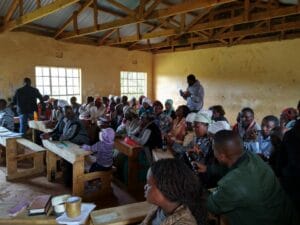 So, in this very different model that redefines the war on global poverty, what it means, how to win it, and what success looks like, 410 Bridge, with local staff and expertise across these core areas, takes on the role of guide and partner alongside community leaders to create an 8-10-year plan towards “graduation.” Our goal is, in effect, to work ourselves out of a job community by community.

And, yes, you read that correctly. An 8-10 year commitment. And then “graduation” for that community at the end of that journey.

In the Western world, we think of graduation as caps, gowns, a degree, and impending career opportunities often viewed in economic terms, leaving one place or part of a personal life journey and moving on to the next.

At 410 Bridge, community graduation is similar. It is the culmination and success of one journey and the beginning of another. In this context, graduation happens at the point when a community can sustain the programs that have been put in place throughout this 8-10 year process, and not only sustain them, but no longer first to outsiders for development, but look to their community. In many cases, they also help neighboring communities learn and replicate this process, model, and journey out of poverty.

And here’s the thing about redefining the War on Poverty, what it means to fight the battle together, and ultimately win it. To you and me, if we look at the pictures of a “graduated” community, it doesn’t at all fit our notions of the ‘two cars, Starbucks, HDTVs, and other stuff’ model. It might physically look like a community that is still impoverished, by our definition, not theirs. But it’s not. It’s not the same at all.

In fact, something profound happened within that community that has transformed how they think, feel, act, engage with each other, take ownership of their own success, their own journey in everything from those core areas of water, health, education, business growth adding jobs in their own communities, developing leadership and deeper community relationships, to now telling and teaching other communities how to do the same thing.

What if there were a lot of these graduated communities around the world that changed how we viewed the war on poverty and how to win it? And what if that meant we all engaged differently because we realized our definitions and models were just wrong. And what matters is not our own view of success as we see it but the impact, the outcome, and the fundamental change that has occurred in communities that no longer believe they are victims or prisoners of poverty. In fact, they now choose to rise above it for themselves. 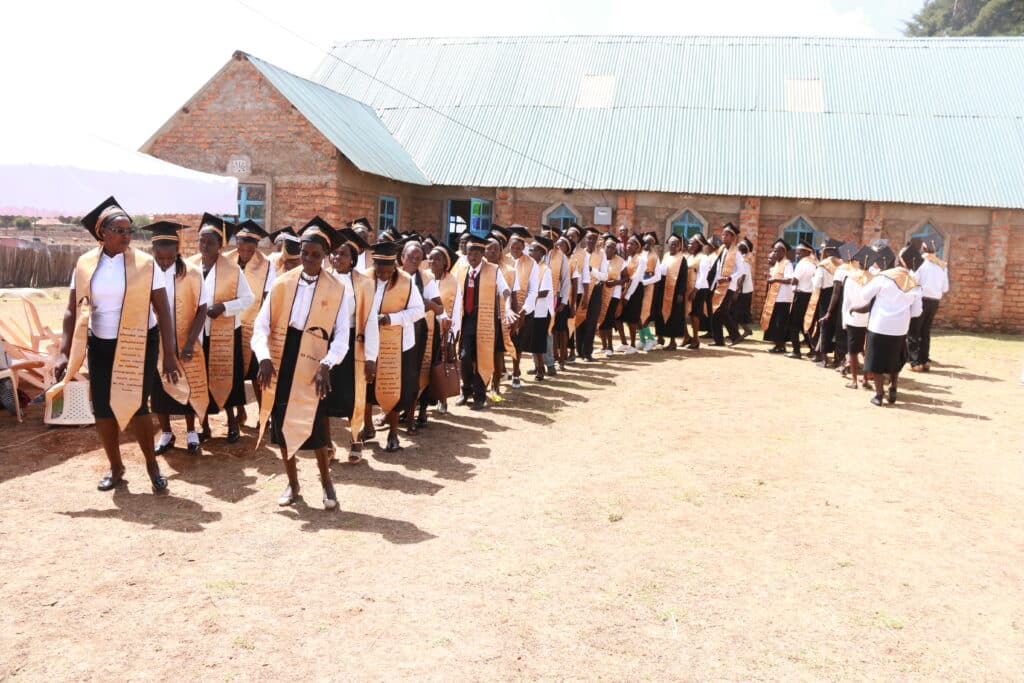 What 410 Bridge will tell you is that they simply have the privilege of being the guide on this journey out of poverty that is actually owned and achieved by the local communities themselves, one community at a time. A graduated 410 community leader or member understands that they are not set of problems to be solved, but the solution to their poverty problem. …not foreign aid, not a western organization, and certainly no handouts.

That is redefining the war on poverty, what it means to win it, and how we can, and should, fight the battle together.