The Family Who Gives

Our second day of the medical clinic started off in a swirl of commotion, with a bigger crowd than the day before. The doctor and nurses on our team got into a solid rhythm, and things began to flow smoothly. Patients were being seen and treated quickly.

About an hour into the day, there was a fuss towards the triage area of the clinic where I noticed a young boy was having diarrhea–consistent with symptoms of Cholera. The nurses rushed him out the side door and his grandfather, who had brought him to the clinic that day, followed behind as swiftly as he could. We all breathed a sigh of relief when the nurses determined the boy didn’t have Cholera, but was severely dehydrated. He needed IV fluids quickly. 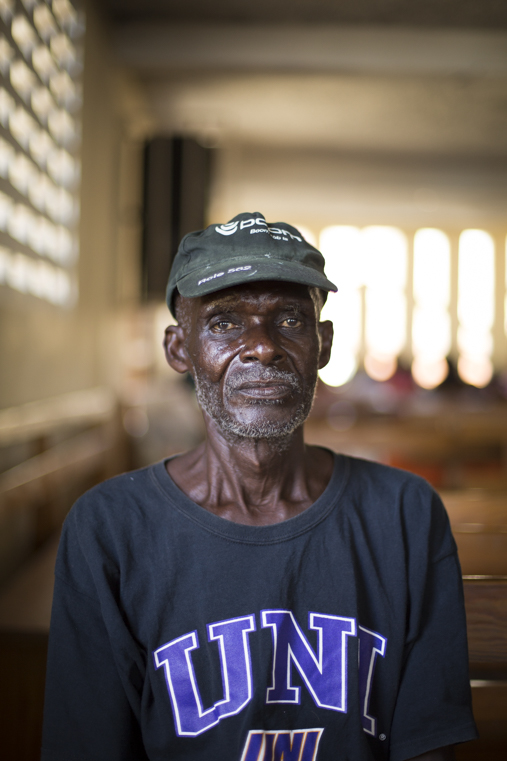 After the boy, Michelet, was hooked up to an IV, I sat next to his grandfather, Joseph, and we began to talk, hoping to ease his mind. Before the hurricane, Joseph was a farmer. All of his crops were destroyed by the storm along with his home. He told me about his daughter, Michelet’s mother, who died a few years earlier. After she died, Michelet’s father abandoned the family, leaving Joseph to care for his two grandchildren. I asked Joseph whether he had a wife to help care for the grandchildren, and he shared that she, too, had passed away. Joseph was on his own to raise the children.

He turned to me and quietly but assuredly said, “God is their Father.”

As their grandfather, Joseph wants better opportunities for his grandchildren, but the reality is that he doesn’t have the means to move them somewhere else. In the face of that reality, he asked if I could pray only for good health for his family. 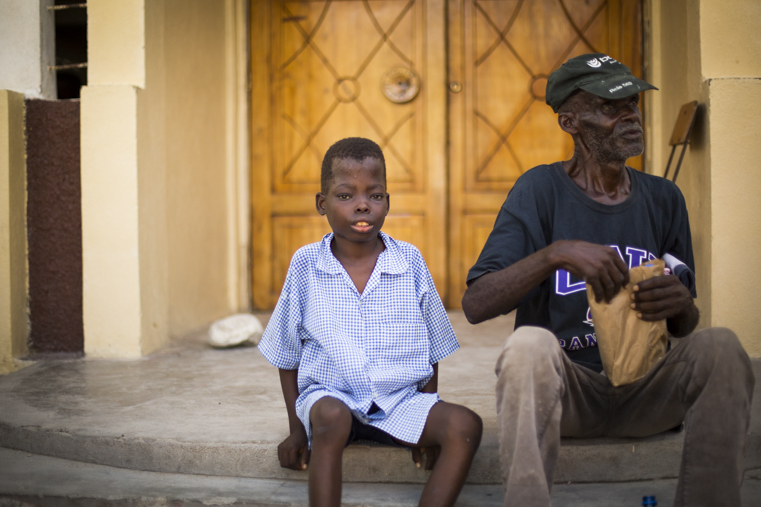 Michelet Chery with his grandfather about to leave the clinic with medicine.

Michelet took two bags of IV fluids and drank an entire water bottle before leaving the clinic. The next day,  Christine, one of the nurses from the clinic, and I went to check on him. Not too far from the clinic, we came upon his home: a structure made of four tree limbs, with half of a tarp draped over the top and a straw mat in the sand. We met Joseph, Michelet, and his granddaughter there, and were thrilled to see that Michelet’s health had improved. 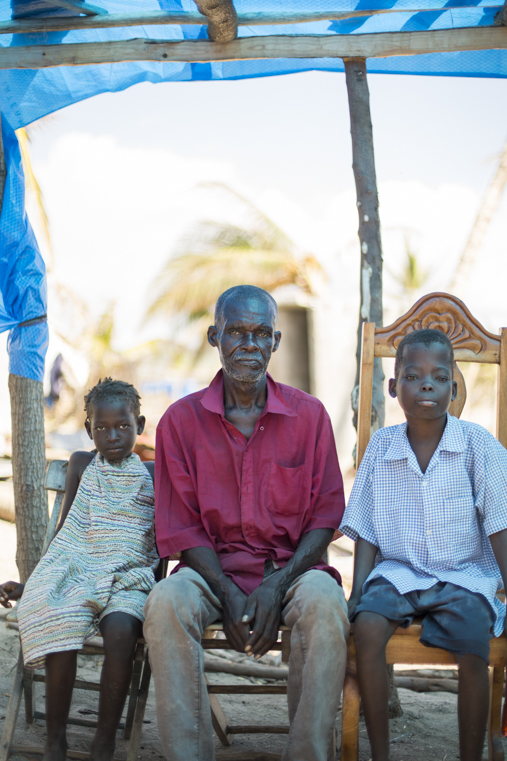 Joseph Chery with his grandchildren, sitting for a photo under the shelter where they have been sleeping since Hurricane Matthew struck. 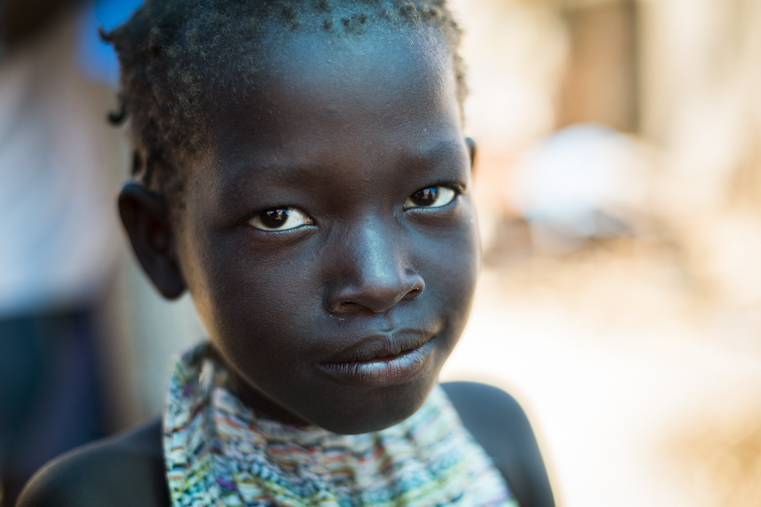 As soon as we arrived, Joseph jumped up to greet us. He found a chair leaning against some rocks, carried it under the tarp and insisted that the Christine or I take a seat. A woman from the home next door ran over carrying two more chairs for us to sit in. Their gesture brought Christine to tears. Joseph and his neighbor extended so much generosity and love to us, in the midst of a situation when you would assume, they have nothing left to give…we were wrong. Their kindness and simple gesture of love for the two of us, strangers to them, is something I’ll carry with me for a long time.

The coming weeks and months are full of uncertainty for farmers like Joseph. In the midst of what should be a joyous Christmas season, we’re walking alongside families like his, and extending God’s love as they rebuild their lives.

Our Chicken & Egg Initiative will help about 1,500 families. The program will help restore their incomes immediately by providing hens and access to a market for their eggs. Please consider joining us by gifting chickens to a family in need this Christmas season. Give a Chicken.