The damage from Hurricane Matthew was immense and unlike anything we had ever seen before, devastating many 410 Bridge communities in southern Haiti.  We knew we needed to respond quickly but also very carefully, as to not hurt the progress these communities had made in their self development.

Targeted at helping families re-build their livelihoods, we launched the Chicken & Egg Initiative. Thanks to your incredible generosity, we have been able to deliver chickens to families in need. These chickens are not only helping families rebuild, but are also restoring hope for entire communities.

Here are stories of incredible resilience and faith. Stories from Haitian’s living in 410 Bridge communities, before chickens were distributed, sharing with us how they created their chicken coops, the difficulties they faced, and the trust it took waiting on the distributions to begin… 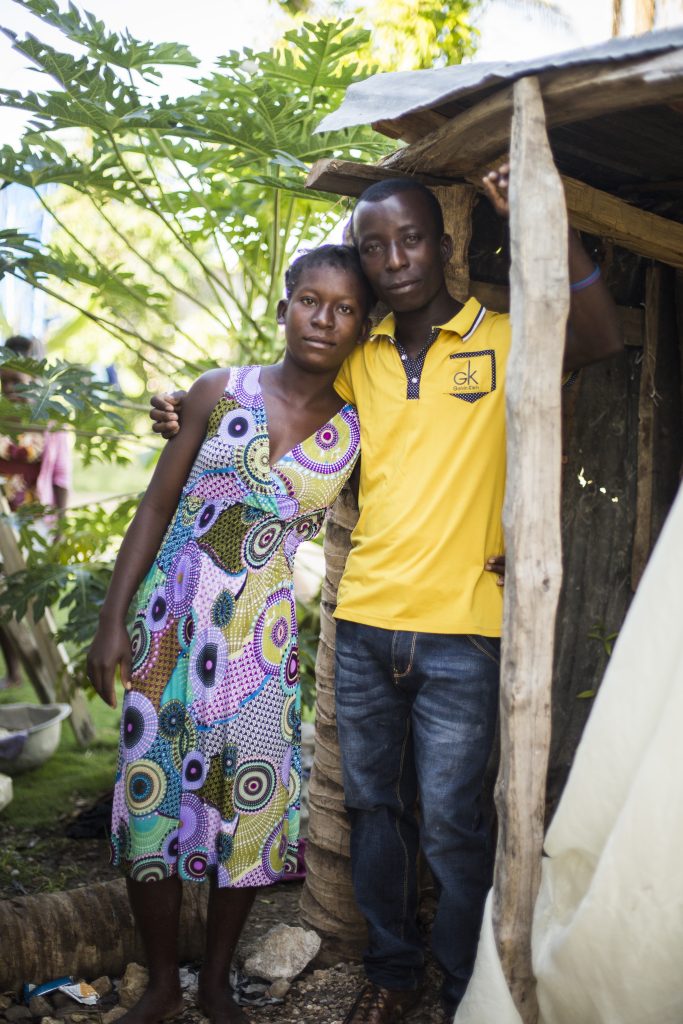 The night of the storm, the majority of Lenord’s family crowded into the front room of their home, with the exception of their father who took cover in a room towards the back of the house. Tragically, a tree fell on their home, killing their father but sparing the rest of the family.

The coop they are standing in front of took them a month to build. One of the greatest difficulties they faced was finding the materials and natural resources to make it.  They are very excited to finally receive the chickens and pray that the initiative will restore hope to their community.  They asked for prayer from The 410 Bridge and its supporters, that they can grow closer to God no matter what happens in their lives. 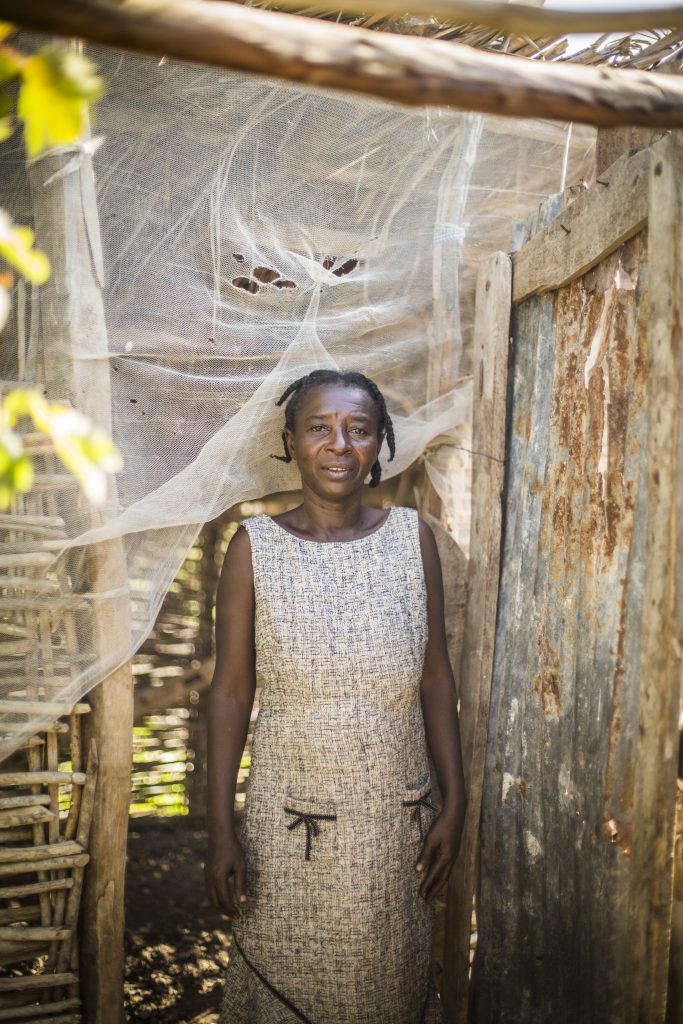 Emalia’s husband, who by profession, is a farmer, built this chicken coop for their family and he will be responsible for running the business.  After the hurricane it was difficult for them to find the type of wood that they used to build the coop because it is already so rare.

Emilia explained to us that this wood is popular because it is much more resistant to insects and the elements than other options would have been. Most people in the community build their homes with this wood, after the storm it was almost impossible to find it. 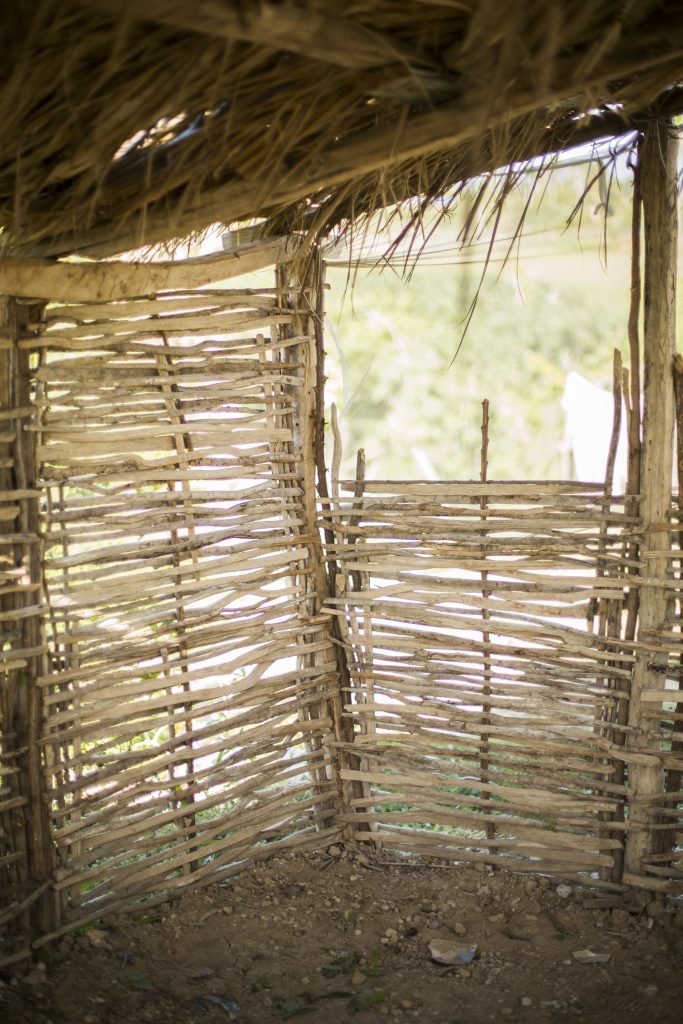 Emalia is hopeful that the chickens will bring a positive change to the community. Her family will sell the eggs and use the money specifically for school fees for her children and food to feed their household. 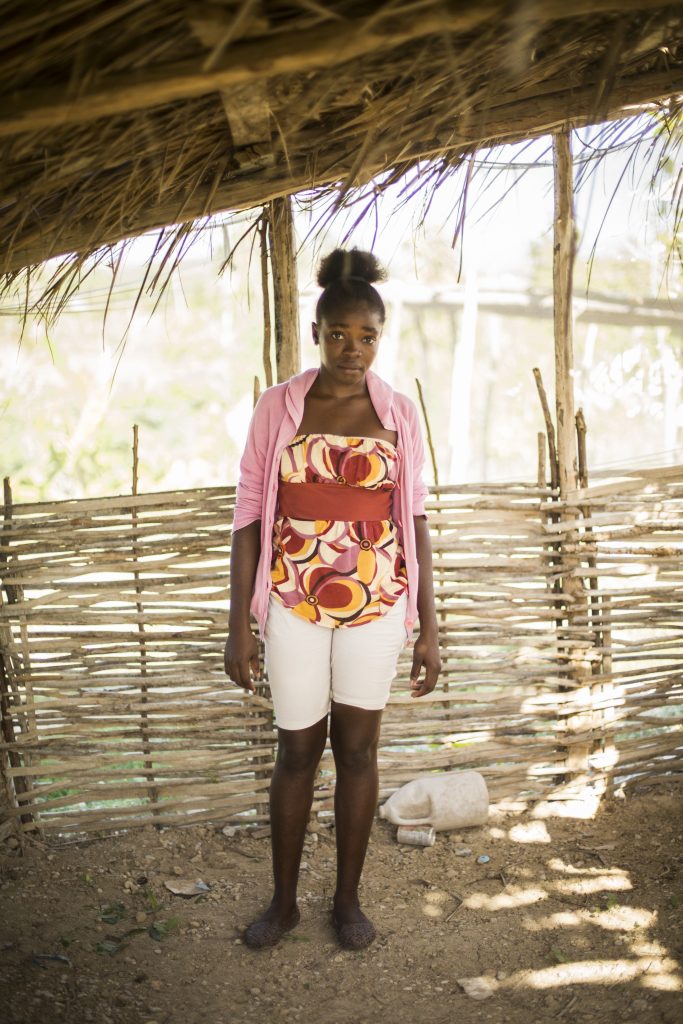 Rodeline and her 22 year old brother took it upon themselves to build this coop for their family of 8. Like many, their biggest struggle was finding this popular type of wood, they explained that it is fairly easy to find it in a community like kalapa, but much harder to find in Bousquette.

She expressed that the hardest change her family has faced since the hurricane, was going from eating three meals a day down to one. Rodeline will run her family’s chicken business and their main priority once they begin to make a profit will be school fees and a micro finance business, which she hopes will be the start of a new life for her and her family. 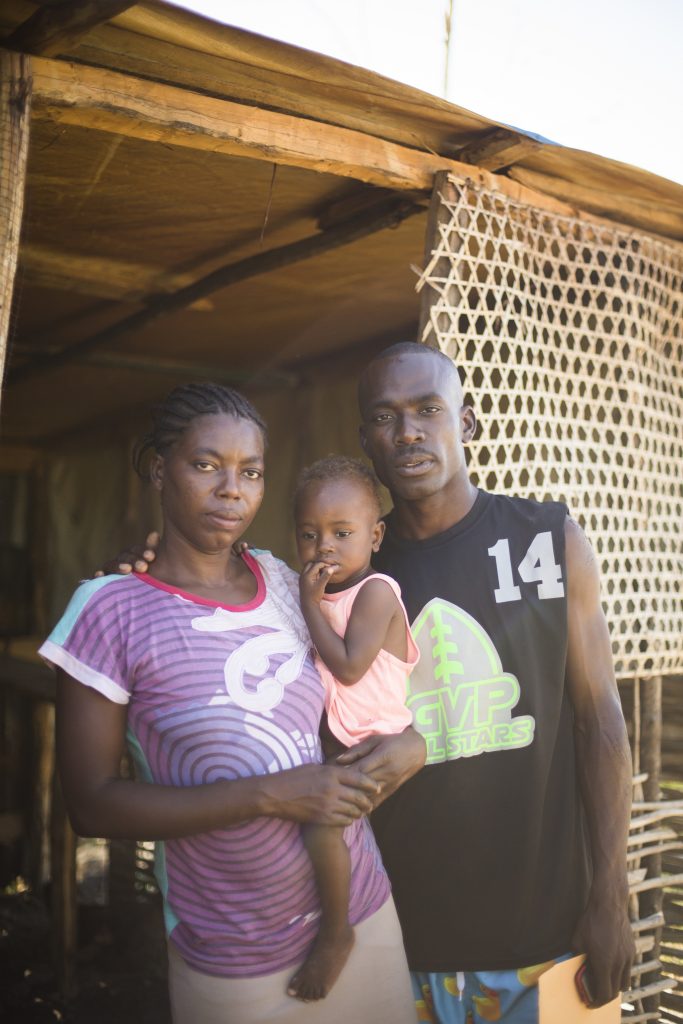 It took this family only one week to build their coop back in December when the Chicken & Egg Campaign was first announced. They feel like they have been waiting a long time, but have developed a greater faith in trusting that the chickens would come.

Gaspard is a member of the Leadership Council in Bousquette community. One of the biggest issues he has been in the aftermath of the storm is community members struggling with post traumatic stress. When the weather turns stormy,  people get extremely frightened because they are still living in fragile, temporary housing. Most of it can fall with only a few mildly strong winds.

Gaspard is going to run the chicken business for his family.  Their top priority is paying for school fees and rebuilding their home. Their goal, if enough money is generated from their egg sales, is to be able to invest in a business as another source of income.

If you are interested in becoming more involved with The 410 Bridge by making a significant impact in a doable way, check out The 410 Bridge Crew and join a community of people dedicated to creating change!