Lovindi is an adorable, handsome little baby who enjoys attention. As him and his mother Jean made their way through the lines of the Kalapa medical clinic, you could always find at least one nurse standing by them, indulging in Lovindi’s sweet smiles. 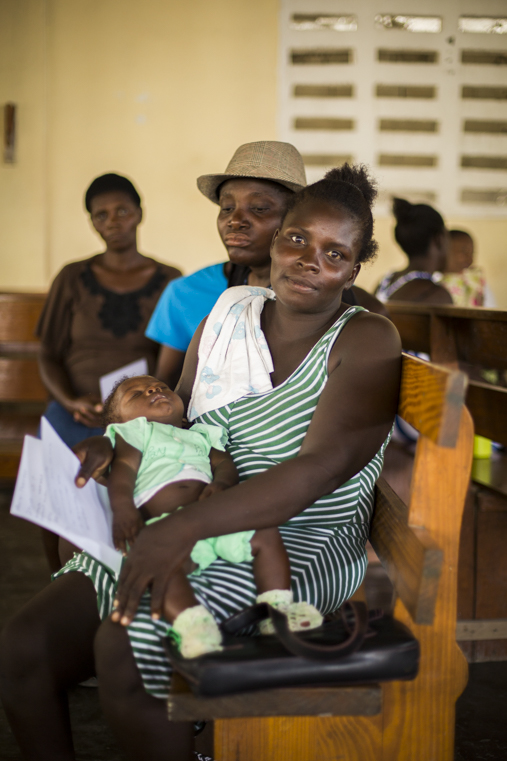 Lovindi and his mother Jean, waiting to be seen by the Doctor.
After hearing about Leona’s experience, having delivered her baby during the hurricane, I suspected I wouldn’t come across another story that was quite as surprising as hers. That was true…up until I met Jean. While she was waiting to see the doctor, I asked Jean my frequently asked question of the week – what was your experience like during the hurricane?

Jean lives in Kalapa. The night of the hurricane, she recalls the rains being so heavy that she had a difficult time breathing. She feared that Lovindi was going to drown, not from the rising flood waters but from the rainfall alone. It was too powerful for a baby his size to handle. She decided to put him inside a plastic shopping bag and cut small holes in it to assure he could breathe. She felt he had a better chance of surviving inside the bag as it acted like a tent keeping the water off of his face. The roof was ripped off their home but the rest of it stood through the storm. Jean told me that since it is the rainy season in Haiti and she does not have the means to put a new roof on her house yet, she will occasionally put Lovindi inside that same bag when the rains are too heavy. 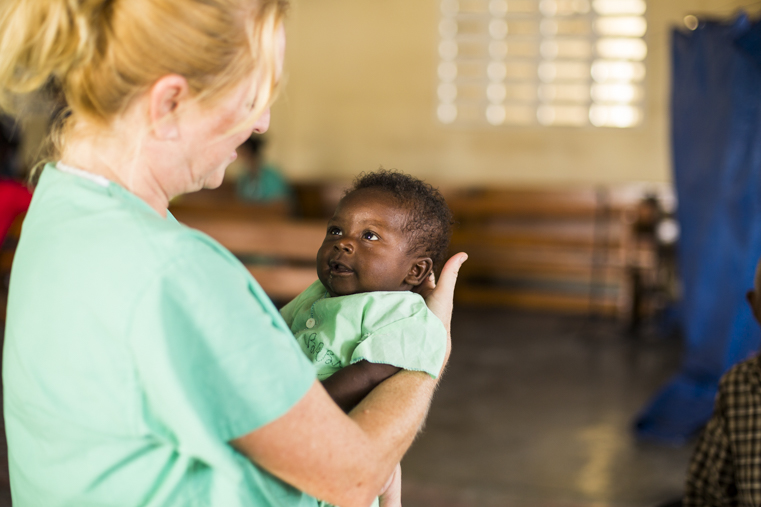 Nurse Tammy loving on baby Lovindi.
This holiday season, our hope is to bring restoration to communities affected by Hurricane Matthew. In communities like Kalapa, where Jean and Lovindi live, most people no longer have an income, a home, or a way to begin the process of restoration themselves. Would you join us in giving a gift that will continue to give for weeks, months, and years to come? The Chicken & Egg initiative will directly impact the local economy and families living in the communities that were destroyed the storm. Will you buy some chickens with us this holiday season?
By admin on December 13, 2016   /   Haiti, The 410 Blog