First the great news, electricity is on its way to the Kwambekenya health clinic! 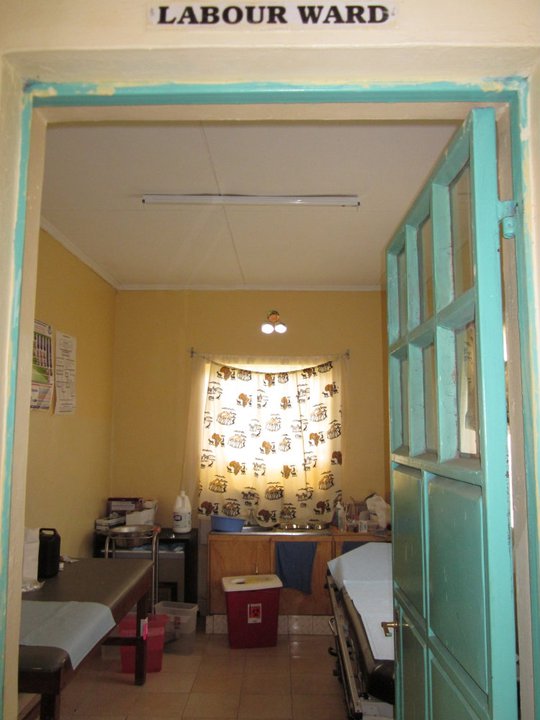 Here’s some background…  Two years ago, I remember being in Kwambekenya with my entire family. We worked alongside about hundreds of community members to dig trenches for the foundation of the health clinic.  To this day I play the scene in my mind…  Every day the work site was full of community members.  Men swinging picks and hoes to dig the trenches that were over five feet deep.  I remember women determined to do their part.  They brought burlap sacks that they would load (by hand) with the dirt from the trenches.  They’d walk the dirt several meters and dump it in the open field.  It’s hard enough to imagine a U.S. community working together to dig the foundation of our local hospital, let alone shoveling and removing the dirt by hand.  But that’s what the people of Kwambekenya did.  By the end of the week I expected the participation to wane, but that wasn’t the case.  They dug deeper than their shoulders, pick axes flying and smiling faces everywhere.  It was the vision of The 410 Bridge coming to fruition.

Several months later, as the community continued to work, the medical center was completed.  Nurses were hired..  Medical supplies were purchased…  and the first U.S. medical team came to to serve the community.  The community put plans into action that will make the clinic self-sustaining and today the center is a tremendous blessing to an area that in the past had to walk ten kilometers to the nearest hospital.

Now the really great news!  All the hard work, and the community’s commitment to making the clinic self-sustaining has not gone unnoticed.  We we’re notified last week that the Kenyan government agreed to fund Ksh 3.5M/= (about $50K USD) for electric power lines to the medical center.  The 410 Bridge will provide the transformer and some other incidentals for the clinic and nurses homes, but the true work has been the people of Kwambekenya themselves.  You’ve heard us talk about how we define true development…  “that which people do for themselves.”  Kwambekenya continues to be a great example.

All hard work brings a profit, but mere talk leads only to poverty. Proverbs 14:23

What does electricity mean to the clinic?  Now the clinic can be serve patients in the evening.  When there are emergencies late at night or early in the morning, people can be helped.  There’s also an opportunity to acquire medical equipment that wasn’t viable without electricity.