35-year-old Carty Denis and her baby son, Stanley Fortune, and her seven other children are living in a school in Port-a-Piment as they brave the aftermath of Hurricane Matthew. Carty is a single mother.

The storm left Carty’s home, and much of southern Haiti, in ruins. Carty and her family spent hours in the street, searching for shelter, before they found the school.

One of our trip participants, who served on a medical relief team, first met baby Stanley and his mom a few weeks ago when they visited our clinic. “Stanley’s mother told us that while escaping the hurricane, she fell and dropped him. She wanted to know if her baby had any injuries. He had been crying for two and a half weeks and had stopped breastfeeding. She asked if it was her fault. Can you imagine the weight of that guilt, alongside the grief she was feeling?”

“We had been cautioned to prepare for the worst, the utter hopelessness the people of Haiti are facing… but I was at a complete loss for how to mindfully acknowledge the grief and stress this young mother was facing.” 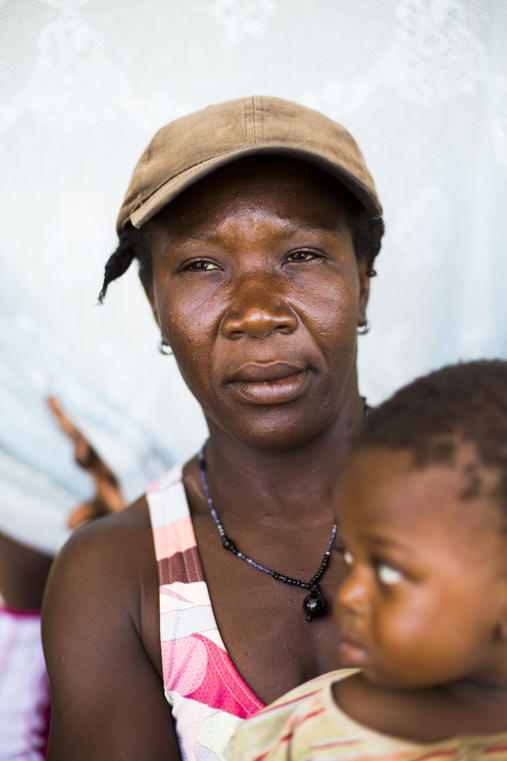 Carty, posing for a photo near the area of the school where she sleeps.

“We got back to the medical assessment and determined that baby Stanley had no apparent injuries. He was severely dehydrated, and had pneumonia. We gave him an antibiotic shot, rehydration, and close observation for the next hour. After the shot and rehydration, Stanley fell asleep. His mom’s face relaxed, and she told us again that Stanley had been crying for two and a half weeks. She could finally breathe a sigh of relief, now that her baby was resting.” 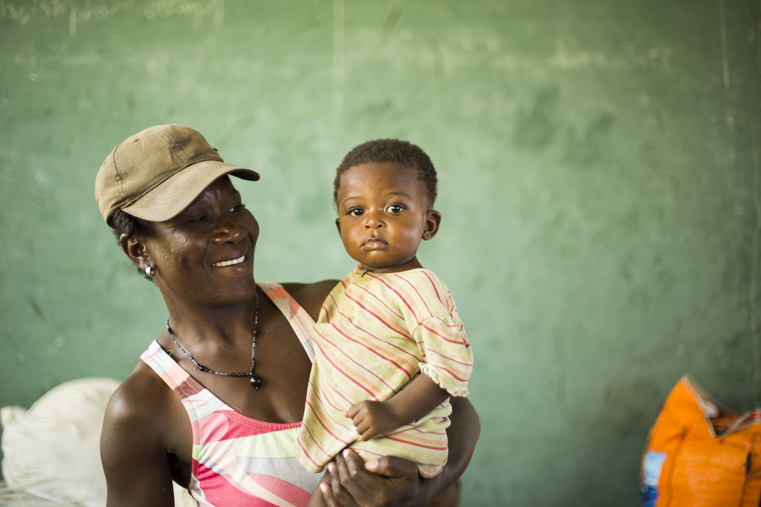 “Now, it was time to address her wounds. Her only complaint was a cut on her foot. I’m always amazed by other people’s strength and humility in such tragic times. I looked at the wound, which was healing well, and showed no signs of infection. I planned to clean the it with an antiseptic liquid, apply an ointment and band aid. I gathered supplies and sat down. As I began working on her foot it dawned on me this was “the moment.” The moment it became more than a medical mission.”

“I gathered a few extra things and decided to give Stanley’s mom some pampering. I filled a basin with water and cleanser and slowly rubbed each one of her feet and legs, taking a little extra time to tend to her. She looked at me, then Stanley and smiled. We could see her relax. We watched as hope began to renew her spirit, now that Stanley was finally sleeping and she could be still.”

Our team sent Carty home with some medications for Stanley, and the next morning, they were one of the first families in line at the clinic. “Stanley’s mom looked at us with a beaming smile and said ‘He slept, he slept through the night.’ It was the first time he’d slept well since the storm.” 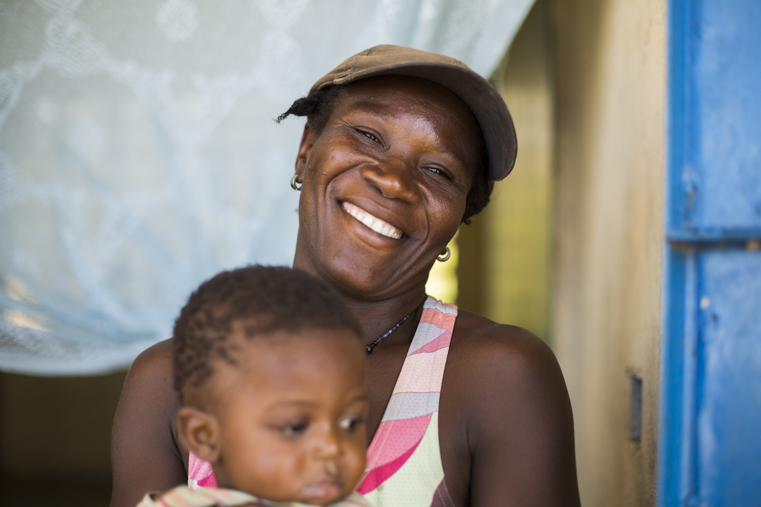 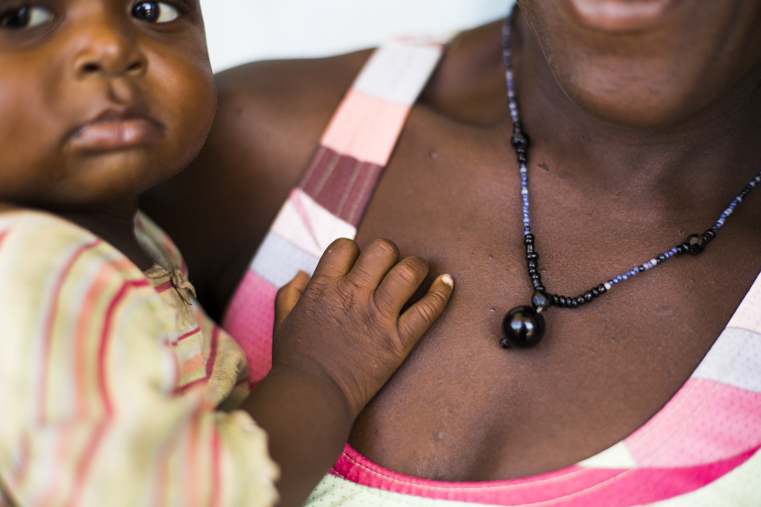 As I got to know Carty, I asked her if she knew that the hurricane was coming, a question that I had been meaning to ask some of the other folks I’d met but never had the opportunity. Out in the rural communities where The 410 Bridge works, communications can be very scarce. Carty replied, “no”. She had no idea a hurricane was going to hit Haiti, and had no time to prepare.

The mayor of Port-a-Piment recently announced that families living in the school where Carty lives need to find new places to stay, as the school plans to reopen soon. Carty is unsure of where she is going to go next. 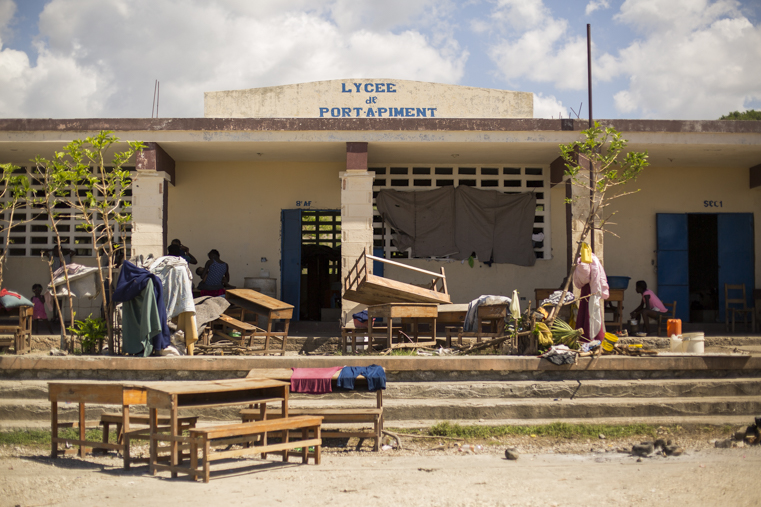 Lycée de Port-a-Pimet, the primary school where Carty and hundreds of others were living.

The coming weeks and months are uncertain for most families in 410 Bridge communities in southern Haiti. In the midst of what should be a joyous Christmas season, we’re walking alongside these families and extending God’s love as they prepare for a significant food insecurity problem in 2017.

We’re launching a chicken and egg initiative that will help about 1,500 families rebuild their livelihoods. The program is designed to help families restore their incomes immediately by providing hens and access to a market for their eggs. We’re inviting you to be part of this initiative, by gifting chickens to a family in need this Christmas season. Would you consider joining us?